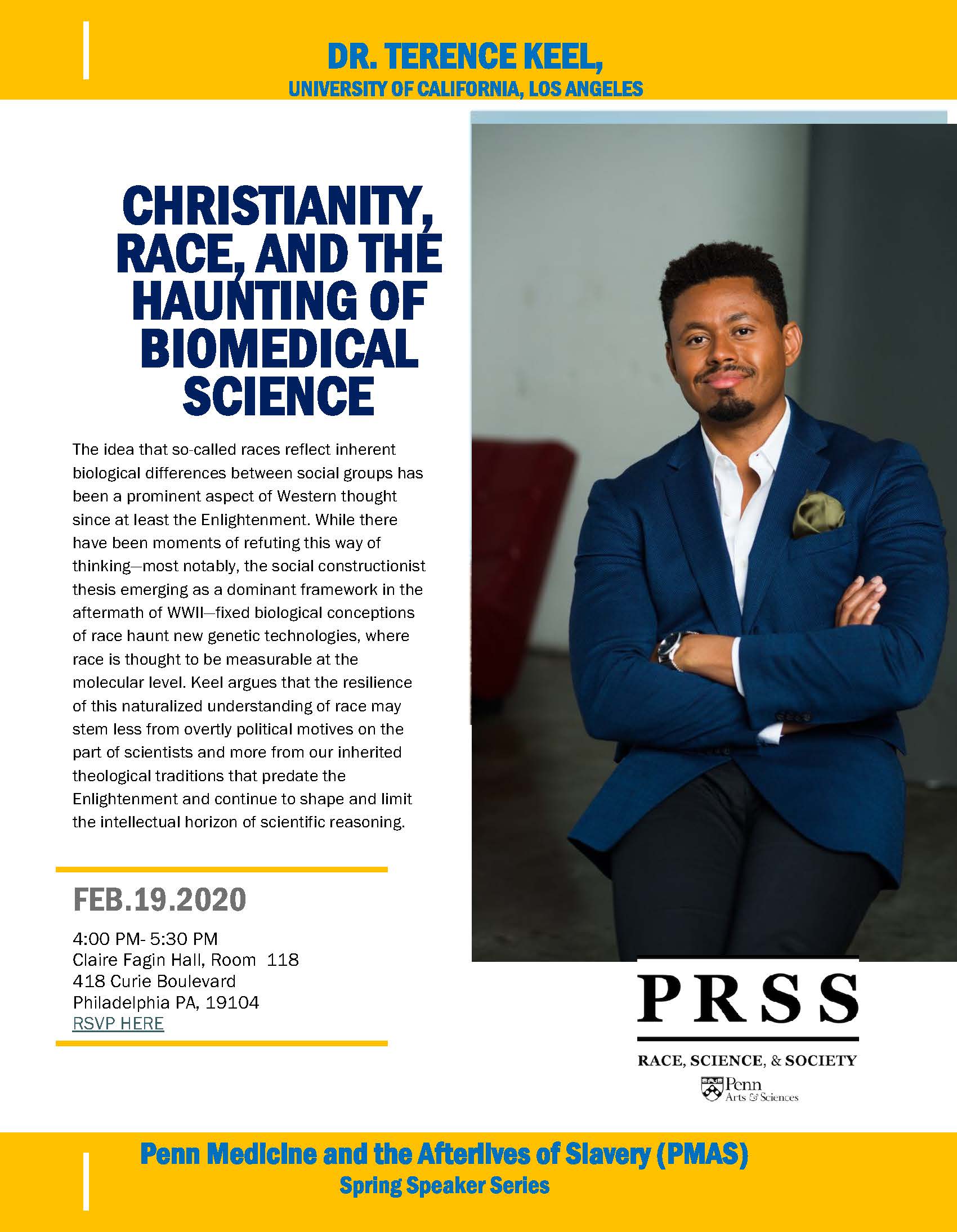 The idea that so-called races reflect inherent biological differences between social groups has been a prominent aspect of Western thought since at least the Enlightenment. While there have been moments of refuting this way of thinking—most notably, the social constructionist thesis emerging as a dominant framework in the aftermath of WWII—fixed biological conceptions of race haunt new genetic technologies, where race is thought to be measurable at the molecular level. Keel argues that the resilience of this naturalized understanding of race may stem less from overtly political motives on the part of scientists and more from our inherited theological traditions that predate the Enlightenment and continue to shape and limit the intellectual horizon of scientific reasoning.

Terence Keel is an associate professor with a split appointment in the Department of African American Studies, and the UCLA Institute for Society and Genetics. He is a critical race theorist, historian of science, and scholar of religion who has written widely about American biomedical science, religion, law, and modern thought. His first book, Divine Variations (Stanford University Press, January 2018) explained how Christian thought made possible the development of the race concept in Euro-American science while also shaping the moral and epistemic commitments embedded in the study of human biology. Keel is an affiliate of the newly formed Center for the Study of Racism, Social Justice & Health at the UCLA Fielding School of Public Health. He is also a senior advisor to the Goldin Institute, a Chicago based non-profit organization that advocates globally for grassroots leadership, conflict resolution, poverty alleviation and environmental sustainability.