CANCELLED: "Race and the Science of Remembering: Collecting, Preservation, and History in US Museums," Samuel Redman (University of Massachusetts Amherst) 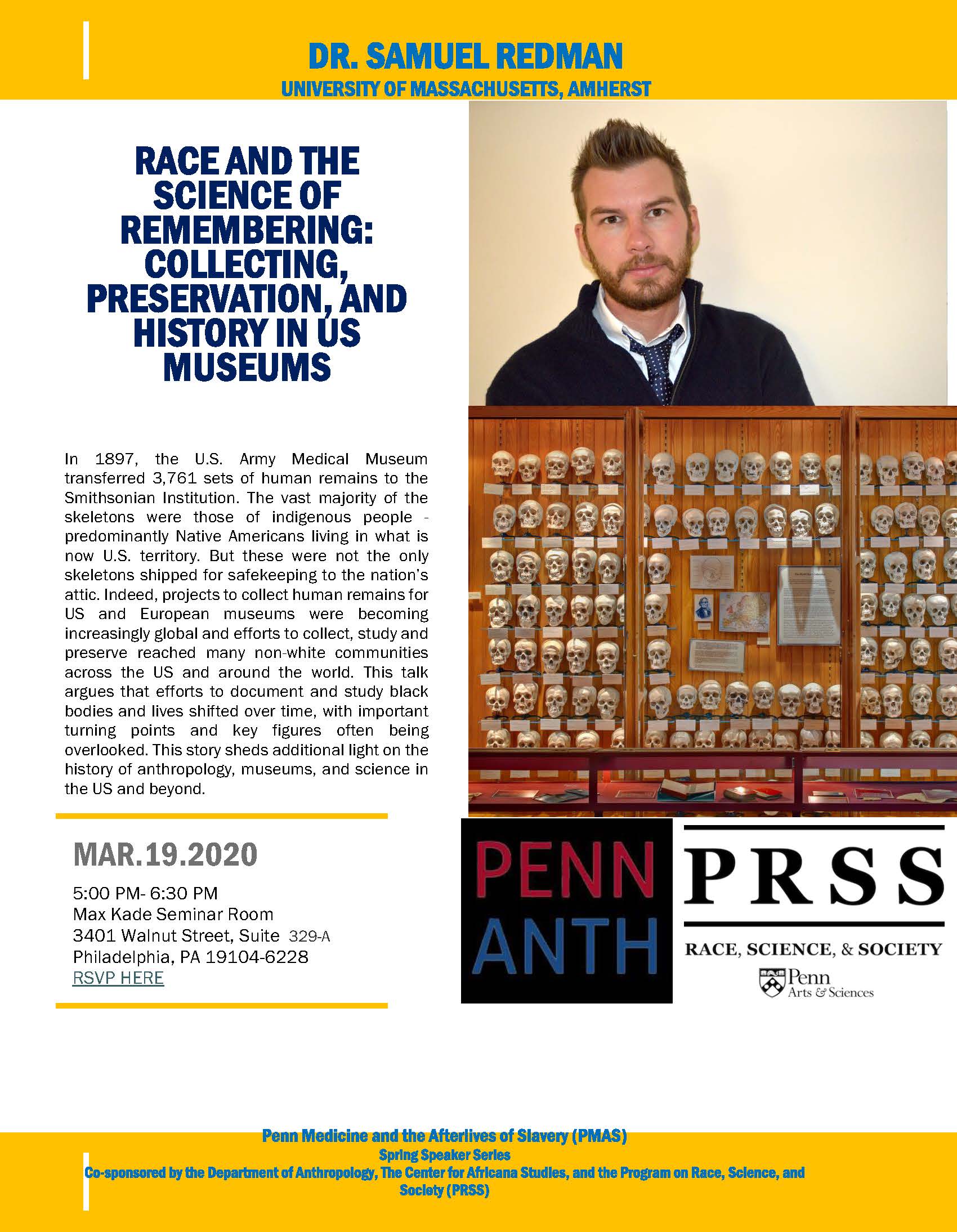 In 1897, the U.S. Army Medical Museum transferred 3,761 sets of human remains to the Smithsonian Institution. The vast majority of the skeletons were those of indigenous people - predominantly Native Americans living in what is now U.S. territory. But these were not the only skeletons shipped for safekeeping to the nation’s attic. Indeed, projects to collect human remains for US and European museums were becoming increasingly global and efforts to collect, study and preserve reached many non-white communities across the US and around the world. This talk argues that efforts to document and study black bodies and lives shifted over time, with important turning points and key figures often being overlooked. This story sheds additional light on the history of anthropology, museums, and science in the US and beyond.

Samuel J. Redman is an Associate Professor of Public History at the University of Massachusetts, Amherst. He is the author of Bone Rooms: From Scientific Racism to Human Prehistory in Museums (Harvard, 2016). Redman studies modern US cultural, intellectual, and social history. He is currently writing a book on the history and legacy of salvage anthropology.